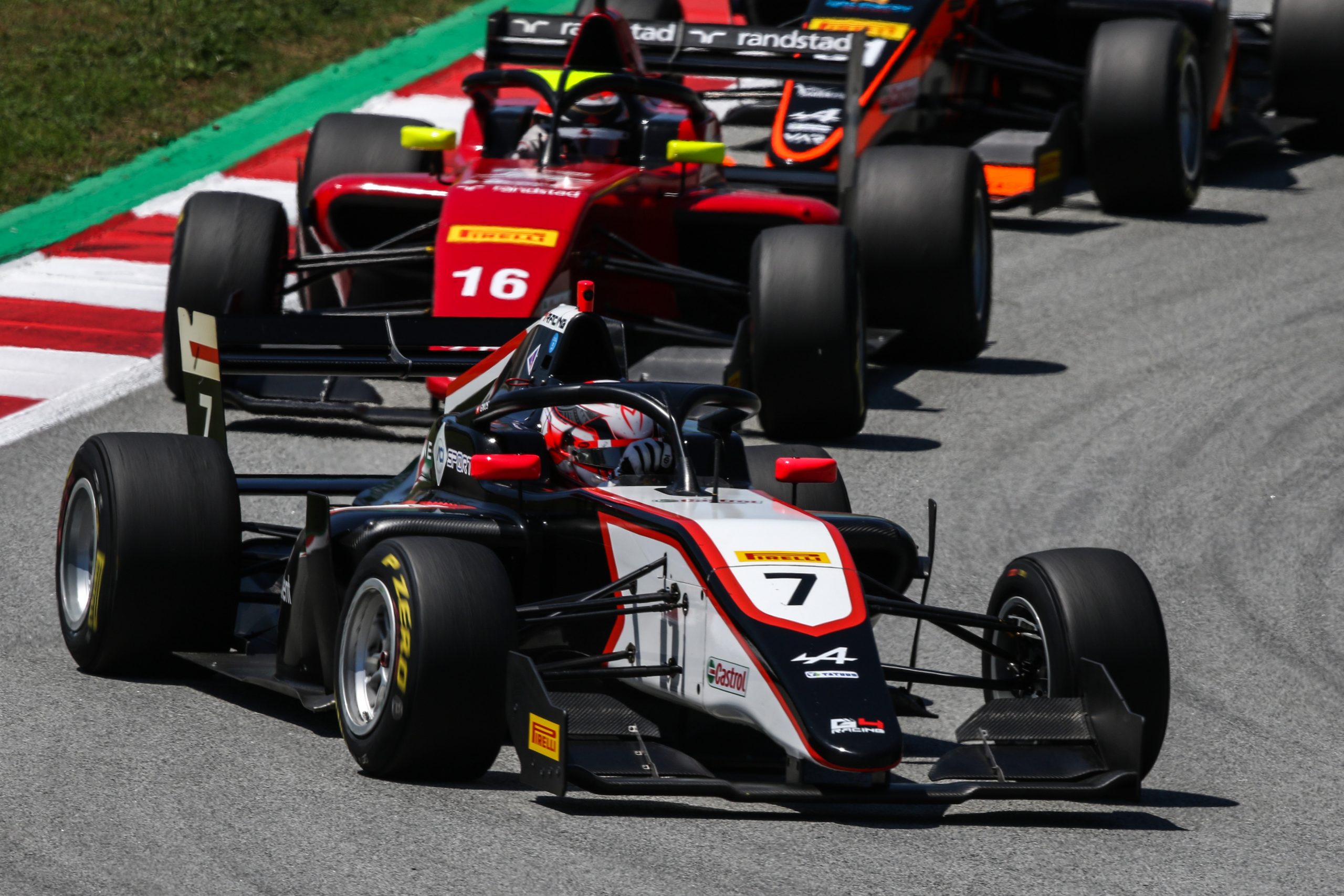 A promising step forward for G4 Racing in Barcelona

The Spanish Formula 1 Grand Prix weekend is hosting the second round of the Formula Regional European Championship by Alpine, which is coming back to the G4 Racing home track after Collective Tests. After their maiden run in Imola, the Barcelona-based Swiss operation lined up three cars for the first time, with Alessandro Famularo joining the team. The experienced Venezuelan was the fastest of the G4 stable in Q1, impressing with the 18th time on his first outing.

In race 1 Famularo had a great start, clinching the 15th position, but as he was attempting to overtake the car in front, he went on the dirt, spinning and having to retire from the race. Axel Gnos crossed the finish line in P20, recovering well after being pushed on the grass by another driver. Belén García showed a big improvement since free practice but spun in lap 1 because of the grass that another car brought on track in front of her.

Adrian Muñoz (Sporting and Technical Manager): “Our home race didn’t start like we would since the track was quite slow and had low grip in the free practice. In Qualifying, traffic management proved a titanic task with 34 cars on track. Q1 showed the talent of Alessandro as he didn’t take part in the pre-season testing and has not been driving this car for a long time, but still managed quite a good result. Q2 was extremely difficult for the team as traffic didn’t help our drivers to find a good gap and make a proper lap. Race 1 start was very good for Alessandro and Axel as they managed it quite well. Unfortunately for Belen, an incident in front made her spin and damage her tires, so she couldn’t show the good pace she is having. Axel delivered a good race showing quite a good pace but unfortunately couldn’t gain more positions as it’s difficult to overtake on this track. Alessandro had to retire after a spin that damaged the tires but showed a really good pace considering the lack of mileage he has. I am really confident that tomorrow we will claim better results after the hard work that all team and drivers put in place. The cars worked perfectly and we didn’t have any issue with them”.

Axel Gnos (Driver): “The first qualifying session was really tough. In free practice, we couldn’t do any lap with new tires because of a red flag and that didn’t help us to find confidence. Qualifying 2 was way better, we adapted the setup to my driving style and also had better traffic management. I put everything together and I was the fastest in the team, very close to the guys in front. In race 1 I had a great start and overtook a few cars, but then I was squeezed on the grass and lost a lot of time. I had a great pace in the closing stages, passed two cars and got back to the midpack”.

Belén García (Driver): “We made a significant step forward since Imola, but in the quali, I didn’t get what I was expecting. With 34 cars on track, it was really difficult to have a clean lap. Lap 1 was a bit messy. There was a big contact in front of me and I hit some grass brought on track so the car just spun. I jumped on the kerb and finished last. The car was a bit compromised, with a big flat spot in the left front and I couldn’t recover any places”.

Alessandro Famularo (Driver): “Qualifying 1 was decent, even if I still needed a bit more time to get into the pace, while in the second session I struggled a lot. At the beginning of race 1, I had an amazing start and a great pace but had to retire from the race after damaging the tires. Let’s see what we can do tomorrow”.