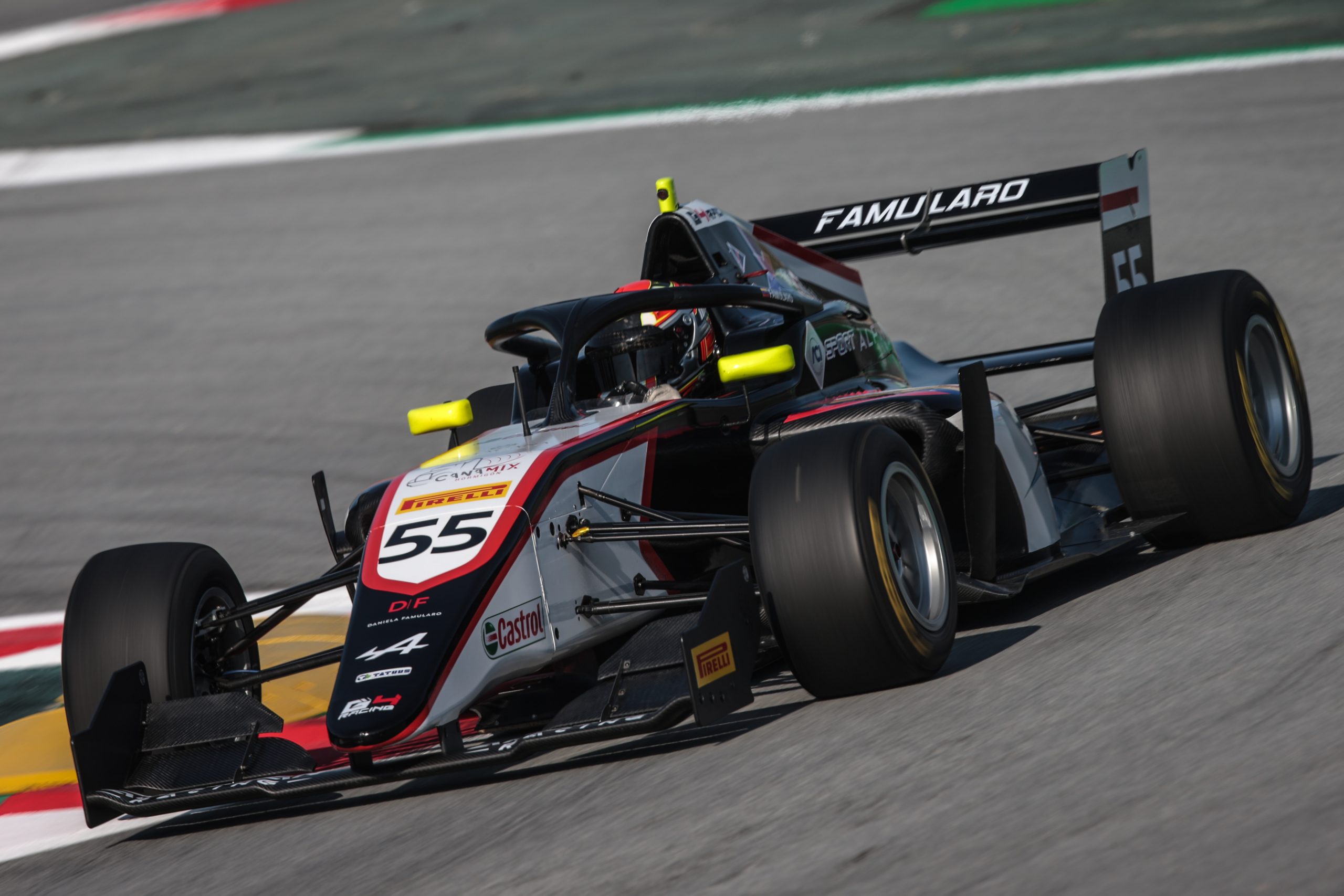 By Media TeamMay 10, 2021No Comments
The second round of the Formula Regional European Championship by Alpine, run once again supporting Formula 1 at the Spanish Grand Prix, came to an end with the running of race 2. Fielding three cars for the first time, G4 Racing saw everything work perfectly without a single technical issue during the three-day event.
Axel Gnos ended the weekend on a high, crossing the line in 14th place after a remarkable recovery from P20 on the grid. He managed to overtake a few cars in lap 1, and another one after the safety car, gaining another position. Making his first appearance of the 2021 season, Alessandro Famularo crossed the finish line in P18 after a brilliant start. Unfortunately, Belèn Garcìa was again an innocent victim of a first-lap contact as another driver made her spin. She still managed to conclude the race.
Adrian Muñoz (Sporting and Technical Manager): “It was a much better day for us. All three drivers had a good start, even if with a troubled Q2 yesterday, we were starting at the back of the grid. Axel did a good job keeping a good pace during the whole race, but overtaking is quite difficult on this circuit. Alessandro continued to gain mileage and did a very solid job. He showed good speed and was fast and consistent. Belén was involved in an incident with another driver. Unsurprisingly, considering her great attitude, she bounced back to finish the race and continued to improve lap by lap. The team did a proper job during the whole event, and once again, there were no issues to report. The next event will be in Monaco. We will continue with Axel and Alessandro, while Belén will not be present due to a clashing commitment with the W Series. We expect her to continue with the great performance she has shown in the Formula Regional European Championship by Alpine”.
Axel Gnos (Driver): “After race 1, we understood where I was losing time, and we managed to improve there. I had another great start, fought well and overtook another after the safety car period. P14 overall and P7 rookie is very good! Thanks to the team”.
Alessandro Famularo (Driver): “Starting from the back is never easy, but I managed to overtake a lot of cars in the opening stages. I had a great start and also a lot of fun! I can’t wait to drive in Monaco, where I’m sure that I can do a better job because I will have more time mileage behind me”.
Belén García (Driver): “The start of race 2 was positive, and I was in a good position, but I was hit from behind by another driver. Pretty disappointed about it because I couldn’t much to overtake after that contact. It still was a globally good weekend in terms of improvement. There’s a big step up compared to Imola, and I feel ready for the W Series”.
Share Tweet Share Pin