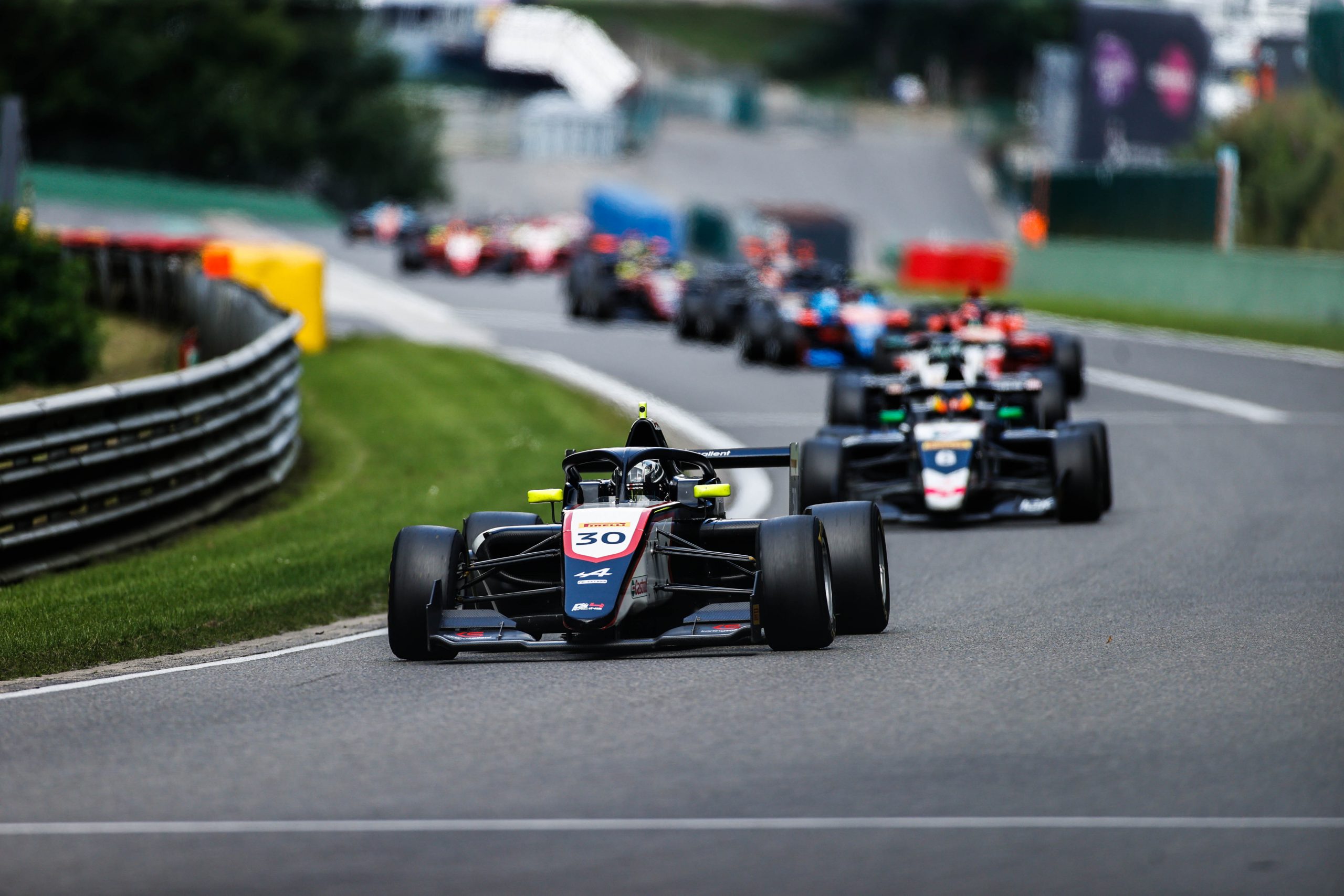 The sixth round of the 2021 Formula Regional European Championship by Alpine season set a milestone in G4 Racing’s so far short history. At Spa-Francorchamps, Michael Belov scored a hat-trick in race 1, taking the pole position and the win, leading every lap and setting the fastest lap. The march of the Russian was not over at the end of Saturday, as in the final race of the weekend, he delivered another impressive performance.

Starting from P11 on the grid after a disappointing qualifying, Belov went into full-attack mode in the middle part of the race, setting the fastest lap again on his way to fifth place. Thanks to the brilliant execution, he scored more points than anyone else in the Belgian round.

A turn 1 contact compromised the race for Axel Gnos. Still, he was able to recover from the 15th row on the grid to P23, completing both races on the difficult Spa-Francorchamps circuit. In addition, he gained crucial experience for his debut season.

Adrián Muñoz (Sporting and Technical Manager): “Since Q1 was a little bit disappointing yesterday, we had to fight to improve our results today. Michael had a slow start but soon picked up the pace and managed to recover a few spots with great battling, also setting the fastest lap of the race on his way to P5. Axel had some issues at the start as he couldn’t properly see the starting lights but still made a remarkable comeback. He crossed the finish line in both races on a very challenging circuit. Unfortunately, due to the situation in Germany, the Nürburgring event is being postponed, and the next race will be at Red Bull Ring, a track where we have good knowledge. I would like to thank all our staff for the fantastic weekend. It’s an amazing achievement to claim our first win in the championship in our debut season. I’m sure there’s more to come soon”.

Axel Gnos (Driver): “The start of race 2 was difficult as I could barely see the red lights. Then I got hit in turn 1 and lost a few positions. Then I managed to recover a few places, climbing up to P23. The race was hard as it was difficult to match the pace, but good effort from the team this weekend, I’m quite happy with our job”.

Michael Belov (Driver): “The start of race 2 wasn’t brilliant, and in the first few laps I was stuck in traffic so I couldn’t pick up the pace. I tried to find some overtaking spots, and despite some hard defending from the other drivers, I managed to overtake a few cars, and I was finally able to push again. I caught Colapinto and then even managed to catch Minì on the final lap, but time ran out, and I couldn’t make the move. We still got some important points for the championship, and I’m very happy about our weekend overall!”.