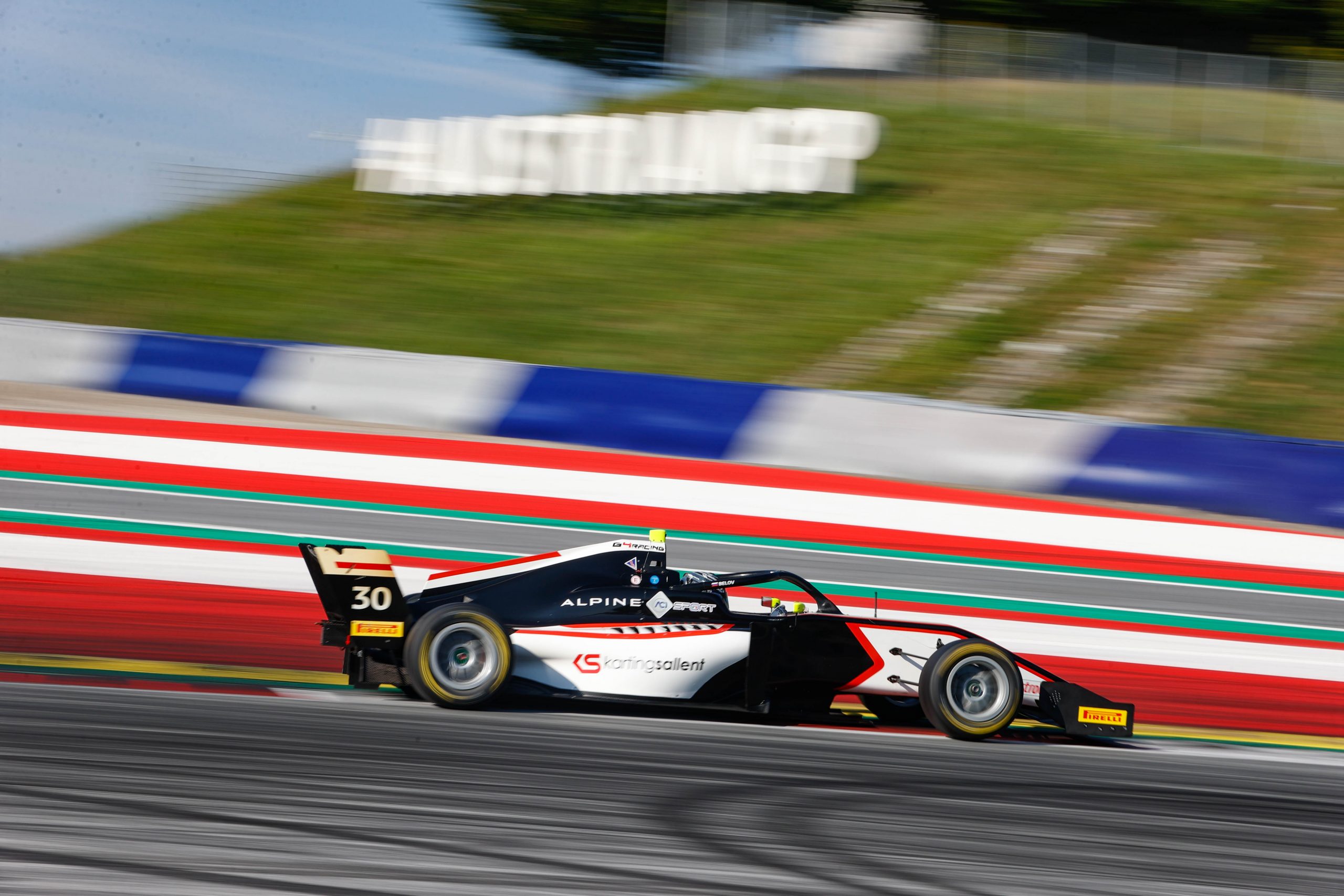 With the stunning success of Spa-Francorchamps still clear in the mind of every G4 Racing crew member, the team approached the seventh round of the Formula Regional European Championship by Alpine in Spielberg. The Barcelona-based Swiss team is strongly determined to add more trophies to its cabinet in the final stages of the 2021 season.

Michael Belov managed to keep the positive momentum in the Collective Test, which saw him in the top-3 all the time. However, in qualifying 1, he was unlucky and could only set the 11th fastest time. He was still sure to have a strong pace, as he later proved in race 1, climbing up to P8 in lap 1. After the safety car period, he was able to overtake two rivals in turn 3, taking more points with sixth place. The top-10 in the driver standings is now close, only 10 points away, despite he was able to attend only the last three events.

It was a tough day for Axel Gnos, who crossed the finish line in P27, recovering four places from the 16th row of the starting grid. He will have another opportunity tomorrow in qualifying and race 2.

Adrián Muñoz (Sporting and Technical Manager): “Qualifying wasn’t as planned as Michael was in the middle of traffic, and he couldn’t perform as in the Collective Test. He started in P11, and with a good effort, he managed to recover some positions to finish P6 and take home some good points. Axel, unfortunately, couldn’t keep up with the improvements he had shown during the event and did some track limits violations losing his best time. In the race, he avoided a first-corner incident that delayed him and couldn’t gain any more positions. Overall, the day has not turned out as we wished, but tomorrow is a new day with another Quali and Race”.

Axel Gnos (Driver): “I was pretty optimistic heading to Q1, as I knew what I had to do to improve. And I did part of the job, but also made a few track limits violations, which compromised my fastest lap. Overall it was a bad session for me and it’s a shame because I also compromised my race. I had a good start, stayed clear of the crash that happened next to me and also managed to gain four positions. I’m not where I want to be. Tomorrow is another day, let’s push!”

Michael Belov (Driver) “It was a difficult day. We had the pace to be in the top-3 but faced bad luck in qualifying as I found traffic in the last sector. The field is very close, so I was 11th, just a few tenths from the front row. The rest of the day was not bad, and gaining five positions on this track is quite a lot because it’s so hard to overtake the other cars. Made a few good moves, but in the closing stages, I was struggling a bit with the tires since I pushed very hard at the beginning. Anyway, we took good points, but we want more. The plan for tomorrow is to score the pole position and win. We have the potential, the speed and everything we need to be there”.