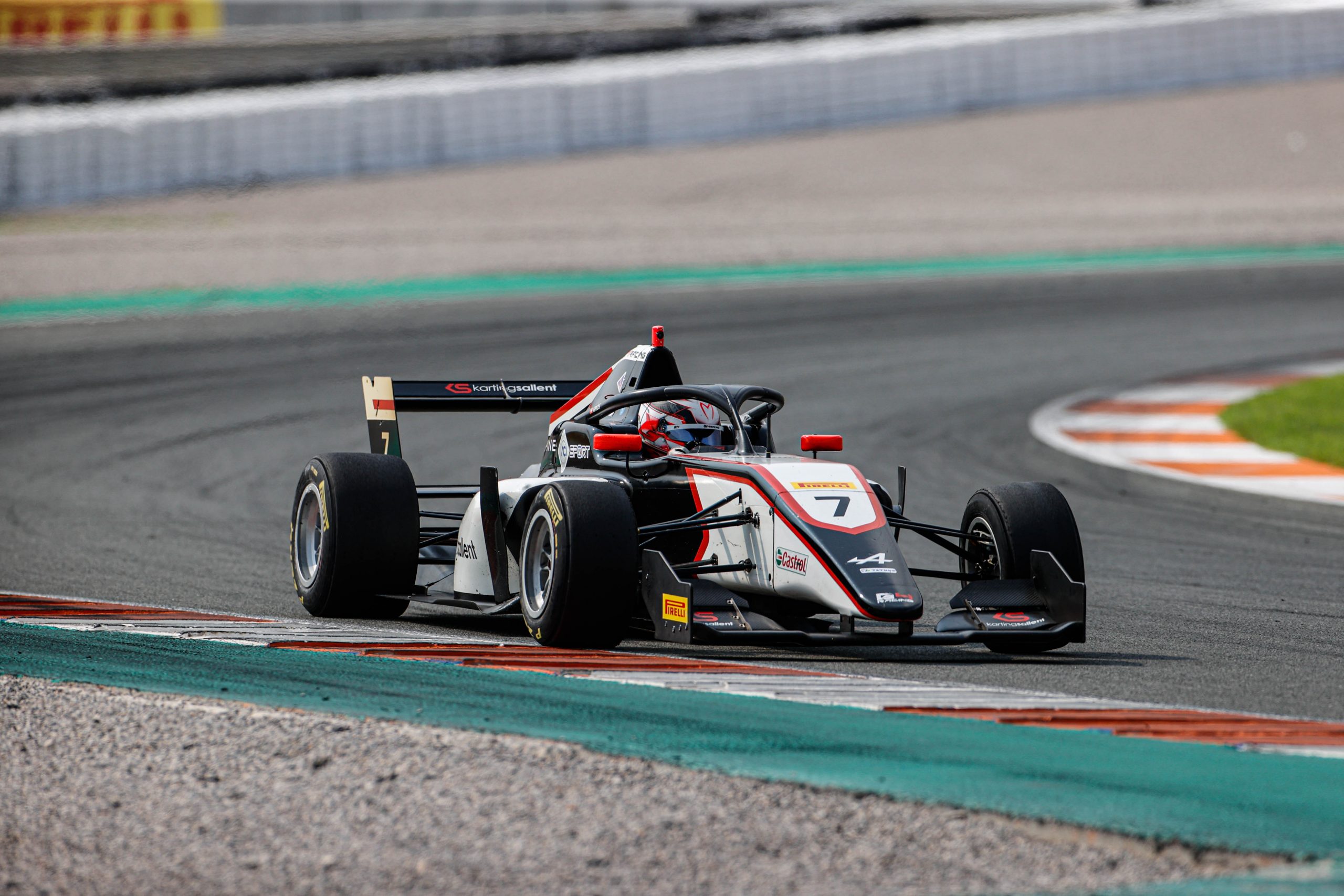 G4 Racing captured 10 valuable points today at Valencia. The Barcelona-based Swiss team established itself in the second row again in qualifying 1 of the Formula Regional European Championship by Alpine with a brilliant lap by Michael Belov. The Russian was among the stars of the opening session and even barely missed pole position in the closing stages. At the start of race 1, he quickly tried to gain a spot, fighting for the podium, but in doing so he left a door open and lost one position to the driver behind.

He secured another top-5 result and 10 important points for the team’s standings. Axel Gnos managed to gain a couple of places at the start after his qualifying was affected by the cancellation of his fastest lap time for track limits abuse. He still proved to have a strong pace ahead of tomorrow’s race 2. On her comeback in the series, Belén García fought hard for the entire race, showing her muscle.

Adrián Muñoz (Sporting and Technical Manager): “Qualifying was decent considering the huge amount of cars and the length of the track. Michael managed a good lap but couldn’t complete the last lap due to yellow flags in one of the corners. Axel did a good job but unfortunately lost his best lap. Belen returned in a proper way considering the differences in tires and car counts but had some track limits issues. In the race, Michael had a decent start but lost a position, and in this circuit, it’s very difficult to overtake. Axel made a good start, but after that, he was stuck in the traffic, and with dirty air, it wasn’t possible to gain more positions. Belen had good battles and immediately showed that she had regained chemistry with Pirelli tires and Alpine engined compared to the W Series car that she has been driving in the last few months. We will have another Quali and Race tomorrow to try to improve the results of today”.

Axel Gnos (Driver): “We had a good strategy in qualifying, and I was happy with my drive, but a deleted lap time made us slip back to P29. Made some moves at the start, but then I was stuck in the dirty air of another driver and crossed the finish line in P27. Hope for a better race tomorrow!”

Michael Belov (Driver): “Not the best day even though we took 10 points with P5. Had more potential in qualifying, but then in the race, we missed the pace a bit. The temperature was very hot, and it was the first time we raced in this kind of conditions. However, we gained a lot of experience from race 1, which is crucial for us”.

Belén García (Driver): “I faced a difficult qualy not setting a good lap. The start of the race was very good as we gained many positions and fought all race. I’m very happy about my comeback and looking forward to tomorrow”.