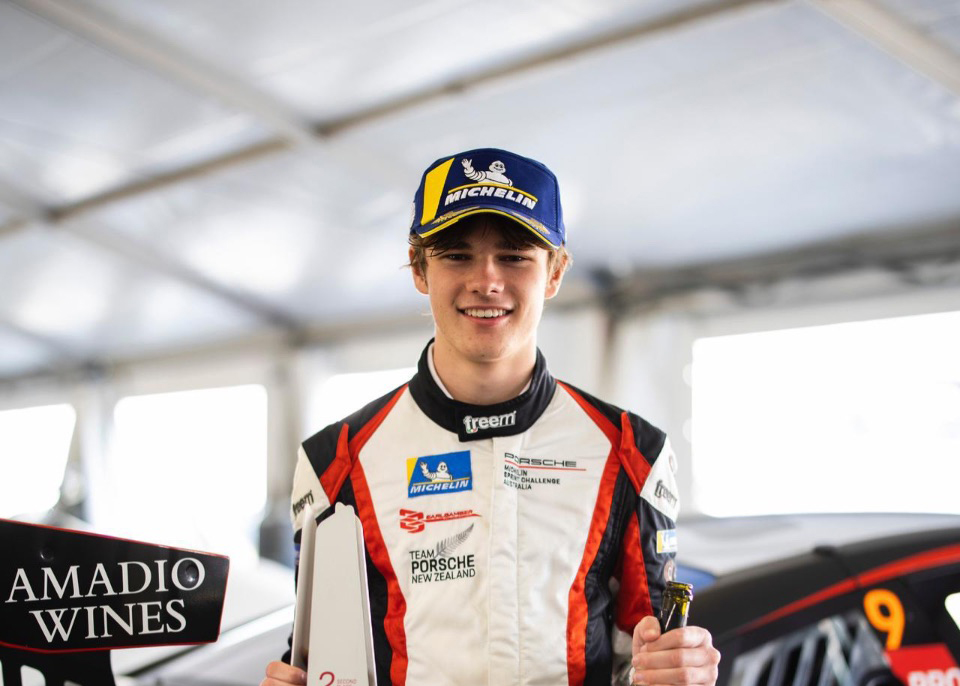 By Media TeamOctober 19, 2021No Comments

G4 Racing is preparing for the final round of the Formula Regional European Championship by Alpine at Monza at the end of October. Coming from two wins at Spa-Francorchamps and Valencia and a podium at Mugello, the Barcelona-based Swiss squad is set to expand its program to three cars for the season finale.

G4 Racing will welcome New Zealand ace Callum Hedge among his line-up at Monza. The 17-years-old from Auckland is a multi-national champion, having secured titles in no less than four karting championship. He also achieved considerable success with cars, as he won the NZ Formula 1600 Championship in 2018 and the Toyota Finance 86 Championship the following year. More recently, he scored five wins in the South Island Porsche Racing Series and one in the 2021 Porsche Michelin Sprint Challenge Australia.

Hedge familiarized with the Formula Regional concept by testing the Formula Toyota FT-60 in New Zealand, and he is now ready for a new challenge in Europe. He will make his debut with G4 Racing in one of the most competitive single-seater championship of the globe.

Adrián Muñoz (Sporting and Technical Manager): “Callum is a really interesting talent coming from New Zealand. Making his debut at Monza in the last race of the championship will be a big challenge, but I am sure he will surprise many people even if the track and tires will be new to him“.

Callum Hedge (Driver): “I am incredibly excited and thankful to have the opportunity to race in Formula Regional European Championship by Alpine in the final round at Monza with G4 Racing. It is going to be a great challenge for me, having never raced or traveled any further than Australia. I’m really looking forward to getting over there and having a go at it!”.