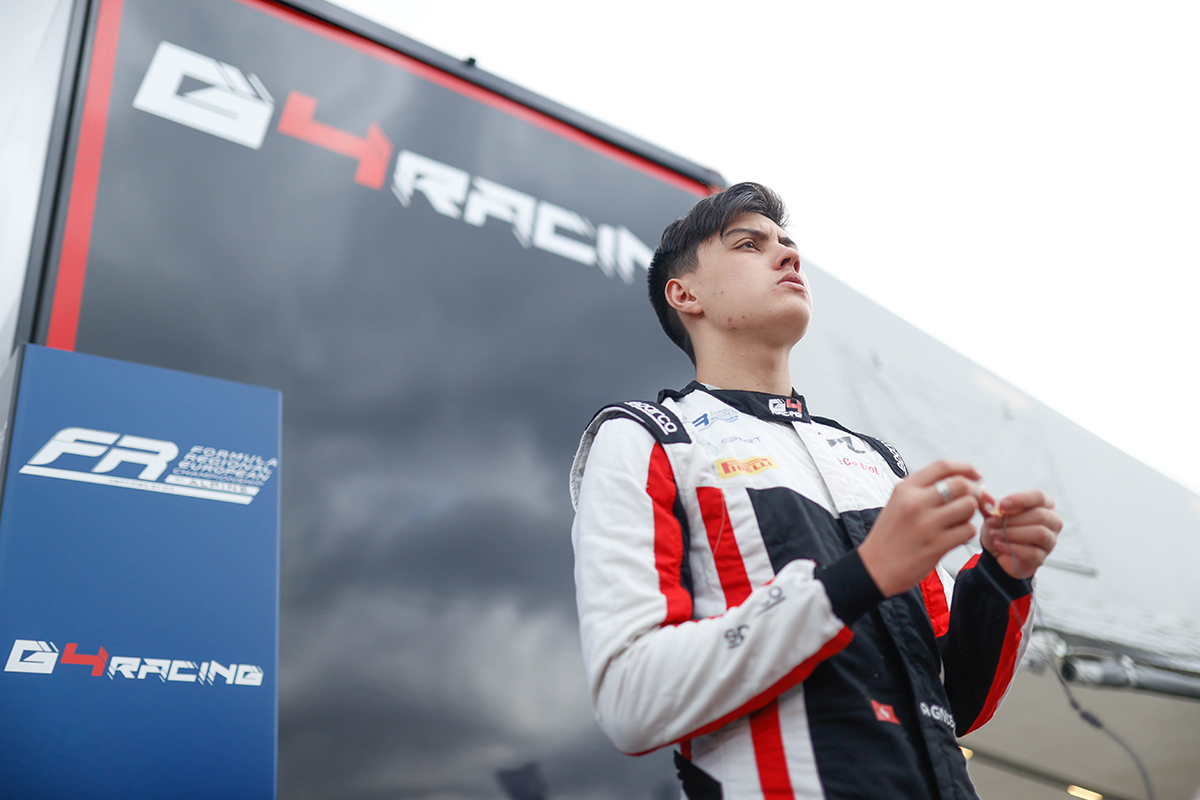 Axel Gnos completes G4 Racing’s three-car line-up for the 2022 Formula Regional European Championship by Alpine. The Barcelona-based Swiss squad will be back in the highly-competitive series for its second season after claiming two wins, three podiums, and two pole positions in its maiden campaign.

Gnos has been a crucial component of the team since its foundation. He brought G4 Racing to its debut in the F4 Spanish Championship and claimed the first two podiums for the team in 2019. He then contested the Italian F4 Championship in 2020, before stepping up to the Formula Regional European Championship by Alpine in 2021.

In his debut season, Gnos managed to complete 18 of the 20 races, gaining valuable experience, which will be crucial in 2022. For the coming season, he will be joined by two rookies in the team.

Adrián Muñoz (Sporting & Technical Manager): ”I am delighted to confirm Axel as our third driver for the season. With him, we get the plus provided by a driver that has already experience with the car and team and will be very helpful for the adaptation process of our two rookie drivers. It’s going to be a hard and competitive year, but I am sure Axel will be strong“.

Axel Gnos (Driver): “I am very pleased to be able to stay with G4 Racing for my second year in FRECA. The people working there are serious and hard workers so I will try to maximize our performances and do the best results possible on track”.