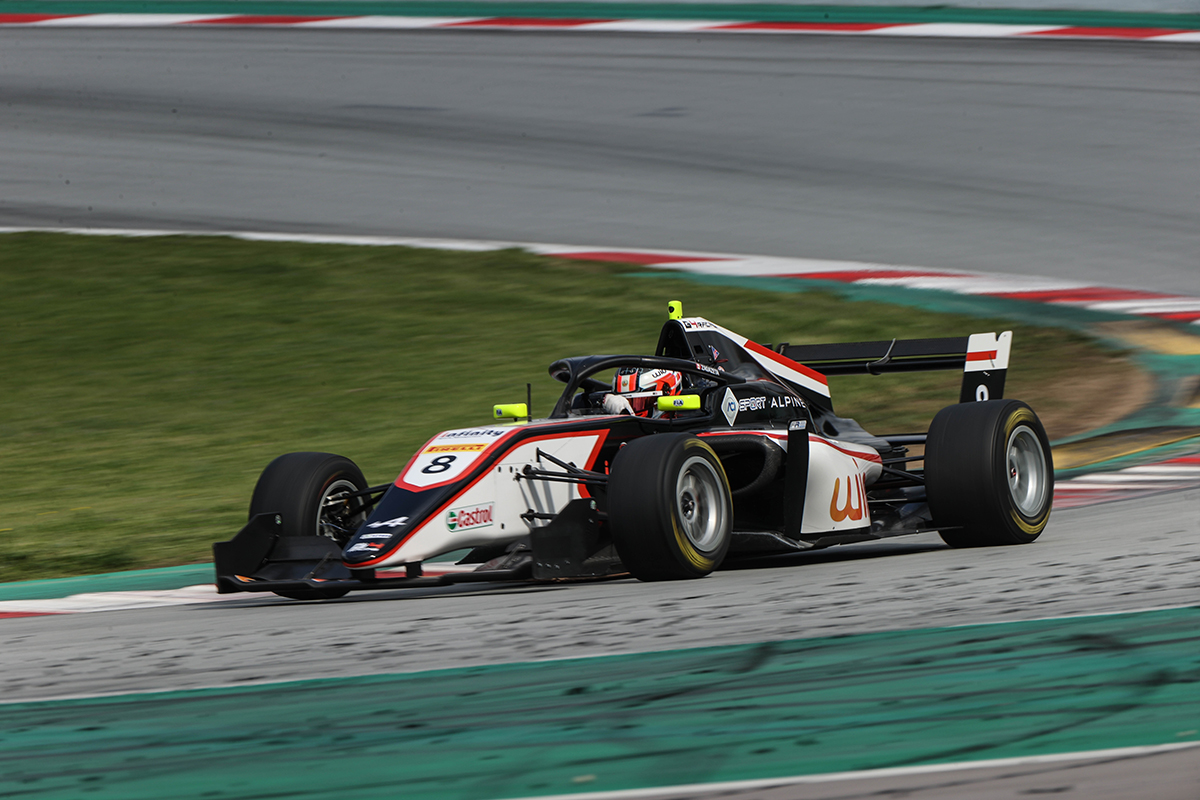 G4 Racing completed the opening two-day test for the 2022 Formula Regional European Championship by Alpine this week. The Swiss-owned outfit went back into action at its home track in Montmelò. The venue is located just a few kilometers away from the team’s operational headquarters.

After a successful debut season in FRECA, G4 Racing has expanded its lineup to four cars in the offseason. Belén García, who is set to take contest a part-time program, will race alongside regular drivers Axel Gnos, Matias Zagazeta, and Owen Tangavelou.

The four-car team worked together on different set-up solutions, with the goal of helping the engineers to define the ideal configuration. A light rainfall hit the track on Wednesday morning, making the track very slippery, but not enough to wear rain tires.

Zagazeta was the fastest among the four drivers, setting a lap time of 1m41.472s. Despite his rookie status, he topped the overall classification in the final session of day-2, when all the 40 cars on track were able to test the brand-new push-to-pass system for the first time. The new technical solution was introduced to produce more overtaking.

Fellow FRECA rookie Tangavelou put himself within the overall top-10 overall on Tuesday afternoon, while Gnos was not far behind in 1’41”853. García showed a brilliant progression during the two days, setting her personal lap time in 1m42.543.

G4 Racing will be back at Le Castellet next week for another two-day Collective Test days.