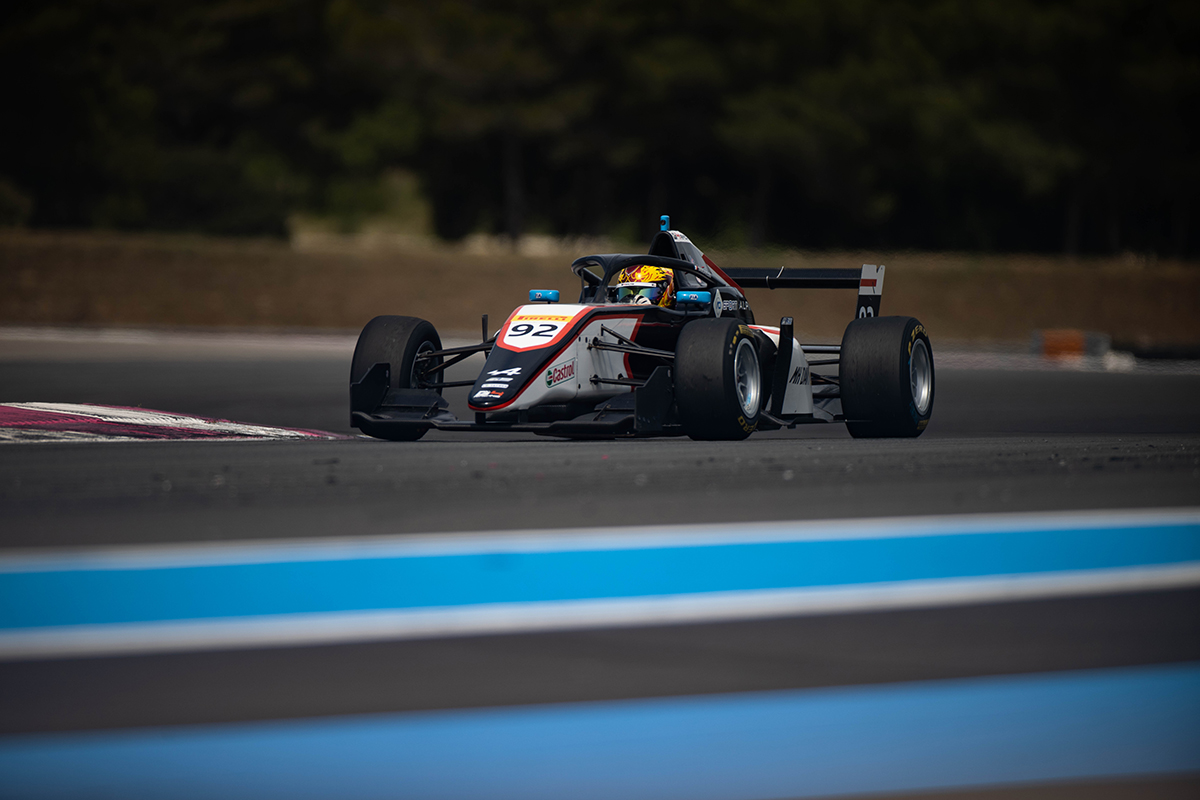 The Formula Regional European Championship by Alpine jumped back into action only five days after the previous event at Monte Carlo, as teams and drivers lined up for round 4 of 2022. Moving away from the tight roads of the principality, G4 Racing continued its growth path on a regular circuit, and confirmed the consistent steps already made in the second event at Imola.

In qualifying 1, Owen Tangavelou and Matias Zagazeta took a fine eighth place in Group A and Group B respectively, while Axel Gnos, who was also in Group B, scored P14. Tangavelou then delivered an all-out attack race, fighting for the third rookie class position until the final lap. Driving at his home track, the Frenchman eventually finished in P14 overall, fourth among rookies.

Tangavelou took eighth place overall again in Group A of the second qualifying session, but this time, Zagazeta and Gnos did not show the same speed as Saturday in Group B, the first to go on track. The opening lap of race 2 was particularly eventful and chaotic. Tangavelou got the short end of the stick, getting involved in a multi-car contact that took him out of contention. Zagazeta recovered three positions to cross the finish line in 23rd place. Gnos finished in P25 at the end of a brilliant comeback, overtaking seven cars.

The next round of the Formula Regional European Championship by Alpine season will be in two weekends at Zandvoort, the same venue where G4 Racing had scored its first points in the series last year.

Axel Gnos (Driver): “Doubleheader finished, Monaco and Paul Ricard. It was very nice to drive back in Monaco. Paul Ricard was okay, feeling decent under the rain and progressing all throughout the weekend on the dry, a bit disappointed with how we managed the Qualy generally, as we had the best group, and we still didn’t show our full potential. We reset and we will bounce back in Zandvoort”.

Matias Zagazeta (Driver): “Overall it was a difficult weekend, but with a lot of positives to take. We keep improving. There are some more things we can do better, but it was a good progress over the weekend”.

Owen Tangavelou (Driver): “Consistency was there in Paul Ricard, but not in race 2 due to a crash with another driver. Also, I made a mistake at the start which didn’t helped me. I did my best, but I’m a bit disappointed because I didn’t achieve the top-10”.