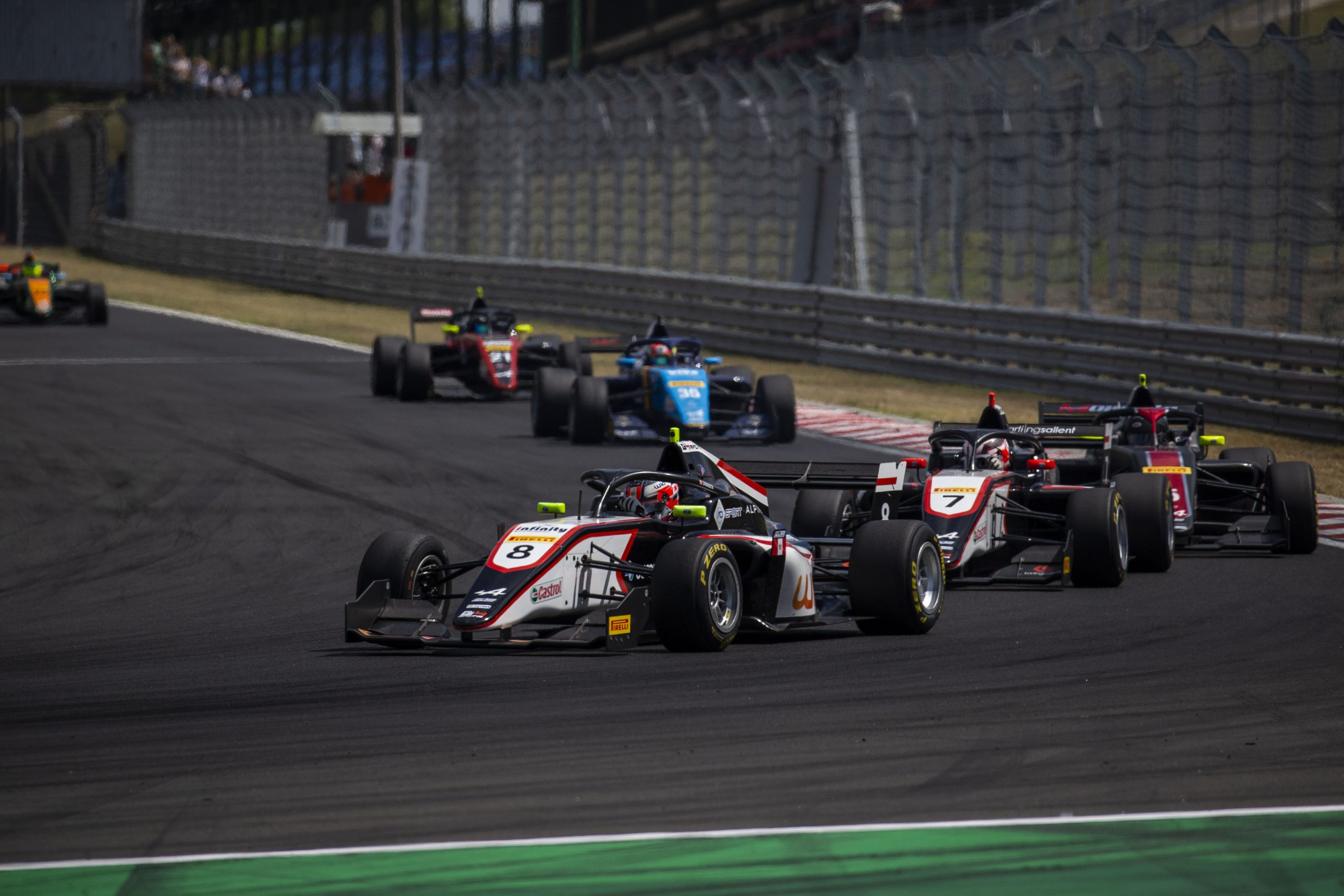 The Formula Regional European Championship by Alpine kicked off the second half of the 2022 season at the Hungaroring track in Budapest, and G4 Racing ran at the Hungarian Grand Prix circuit for the first time. The Swiss squad was up to a busy work schedule to adapt its car set-up in the two collective test sessions that preceded the weekend on Thursday, and in the free practice sessions on Friday.

The two qualifying sessions, divided into two heats as usual, did not provide much satisfaction to Axel Gnos and Matias Zagazeta, as they did not go beyond row 13 of the starting grid. However, both drivers then put up a fine performance in race 2, moving up the pack. Matias crossed the finish line in P21, while Axel finished in P22, recovering nine and seven spots from the start respectively.

G4 Racing is now ready to enter the seventh round of the season at the Spa-Francorchamps circuit, the same place where the team got its first Formula Regional European Championship by Alpine win in 2021.

Adrián Munoz (Sporting and Technical Manager): “Difficult weekend for our first visit to Hungaroring in FRECA. CTPE and Collective Tests were good to help the drivers to get used to the circuit, which was new to the 2022 calendar. Unfortunately, we couldn’t convert the pace into good results in the Qualifying sessions and overtaking in the races was very difficult on this track. Even with that, the drivers made solid races and gained positions. The focus is now on Spa, where we had our first FRECA victory last year”.

Axel Gnos (Driver): “Very two sided weekend, we have been improving all weekend long, every session was faster, happy with the improvement of some essential things, but still missing some raw pace and some racecraft, even though we had a good race 2. Happy with the qualifying even though I could have extracted a bit more potential from the car. Thanks to the team for always believing in me and let’s keep pushing on to Spa. Last year the team won, so I am hoping for a good weekend, see you soon!”

Matías Zagazeta (Driver): “Another weekend of learning here in Hungaroring! Amazing track to drive in a qualifying lap but difficult to overtake in the races. However, we managed to close off the weekend gaining 9 positions in race 2. A lot of positives to take on for the next one in Spa and I’m sure the results we want are just around the corner”.