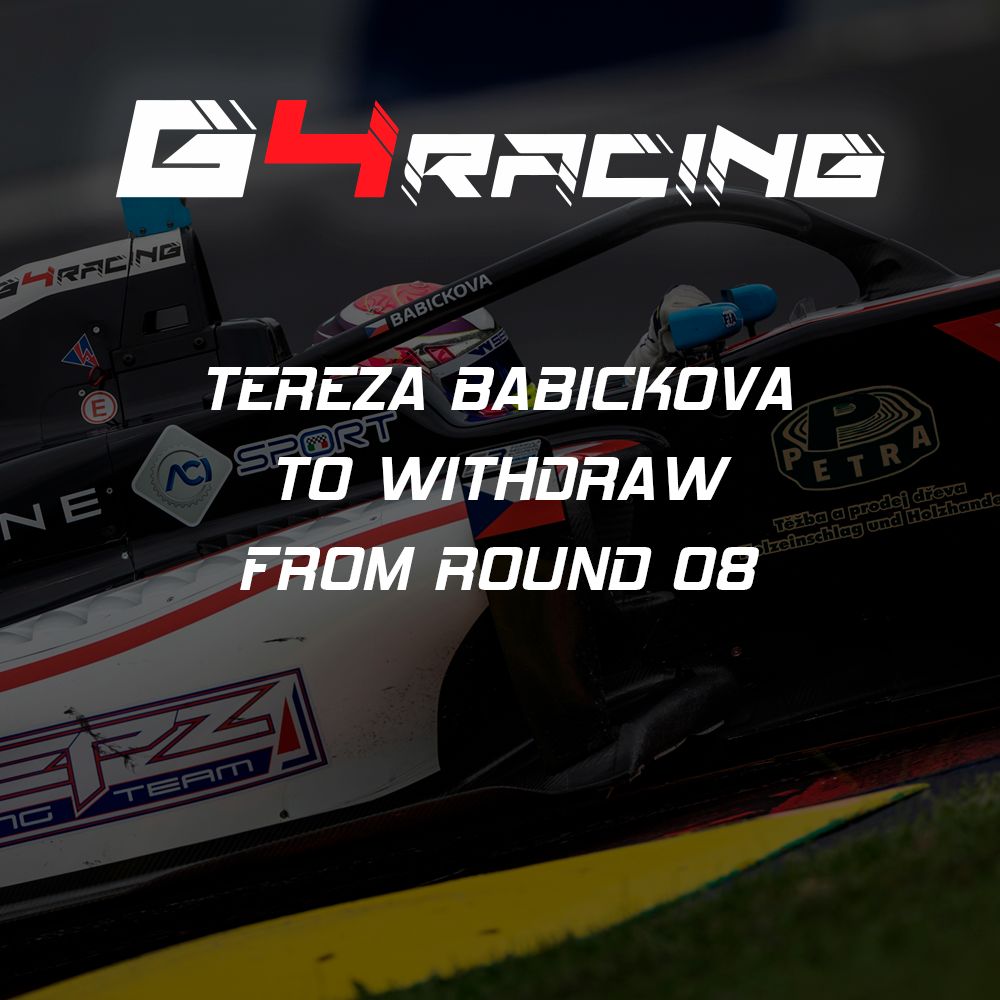 Tereza Bábíčková to withdraw from Round 8

By Media TeamSeptember 10, 2022No Comments

Awful conditions today in race 1 as a storm hit the track just before the formation lap. Start was delayed and the race was stopped with the red flag after a couple of laps behind the safety car. During these two laps there were no visibility and unfortunately Tereza hit Gillian after the latter was forced to slow down by the cars in front.

After the crash Tereza was transported to the medical center and, while she didn’t suffer any major physical problem, she was declared unfit for race 2 and she will no longer take part to the rest of the weekend.

We would like to wish her a speedy recovery and we can’t wait to see her back on track!