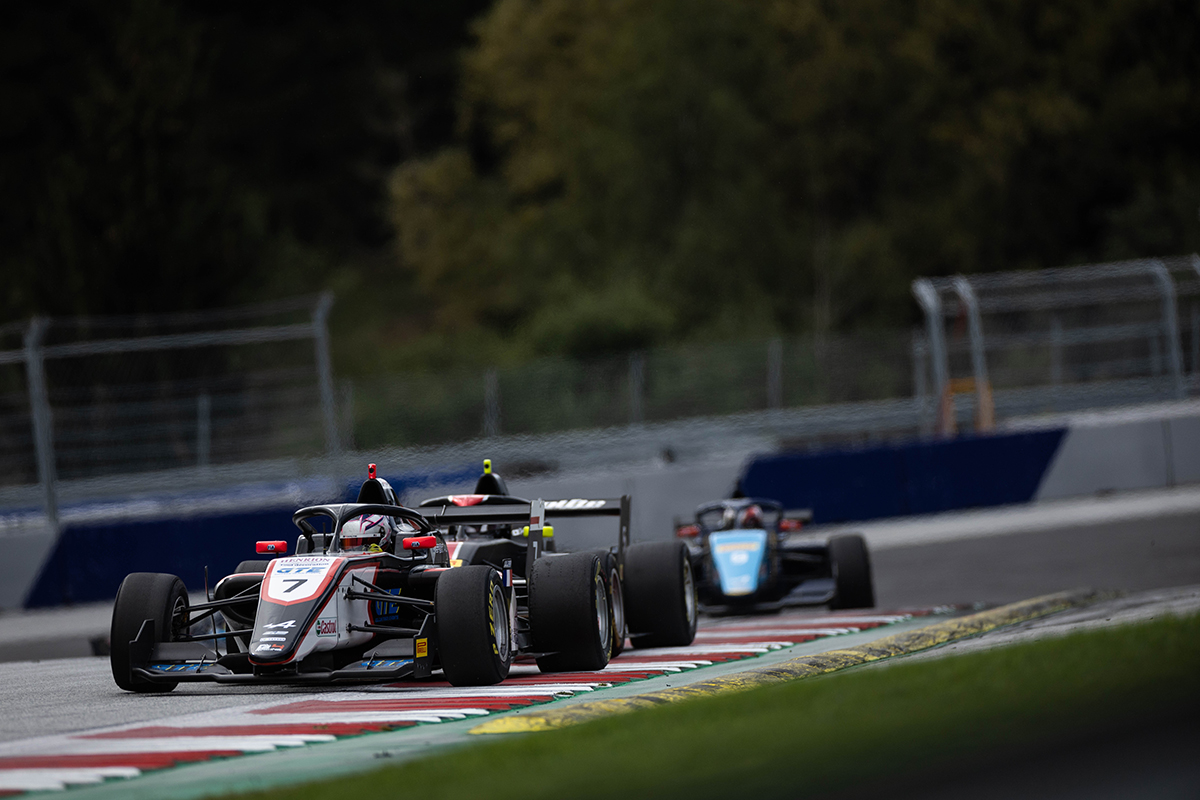 By Media TeamSeptember 15, 2022No Comments

The Formula Regional European Championship by Alpine was back into action after the summer break at the Red Bull Ring, home of the 8th round of season 2022.

The weekend started quite well for G4 Racing, who managed to set the 3rd fastest lap time overall in the pre-event collective test session 2 on Thursday. Matias Zagazeta immediately proved to have good chemistry with the track, showing promising pace both in dry and wet conditions. On the other hand, series rookie Gillian Henrion and Tereza Bábíčková were able to improve their confidence with the car.

Matias managed to set the 10th fastest time in group B in qualifying 1, just 4 tenths from the pole position. Unfortunately, the rain hit the track moments before the start of race 1. The start was delayed and the race was stopped with the red flag after a couple of laps behind the safety car. During these two laps, there was no visibility and unfortunately, Tereza made contact with Gillian after the latter was forced to slow down by the cars in front. After the crash, Tereza was transported to the medical center where she was declared unfit for race 2.

On Sunday Gillian demonstrated his talent with a brilliant recovery from P33 on the grid to P20, while Matias was hit by another driver who was then penalized by the stewards. He was running in a promising position after a good start.

Despite not achieving what it deserved, G4 Racing is ready to show the improvements made in Barcelona, which is going to be the team’s home race, for the next round of the Formula Regional European Championship by Alpine.

Adrian Muñoz (Sporting and Technical Manager): “Overall, a disappointing weekend if we base it on results. We were expecting a better outcome, but unfortunately, we had some problems that prevented our drivers from extracting the most of the package. Gillian progressed well as he had been away from single-seaters for a bit, but he did a really good job. Matias continued with his learning season, and after some good collective tests, he didn’t have luck with qualifying getting his starting position in the races compromised. In race 2, he was doing a really good job until he was forced out of track by another car. Tereza’s goal for this weekend was to learn as much as possible and keep the focus on gaining experience. She was doing a fantastic job until her unfortunate accident due to poor visibility. We hope she recovers soon so we can have her back in the car. The next stop is Barcelona, our home race and where we hope to get better results to reward the amazing job the team is doing this season, even if not reflected by results”.

Gillian Henrion (Driver): “Many thanks to G4 Racing for this wonderful opportunity. It was not an easy weekend but we managed to find solutions to the problems. I was able to learn a lot of things, and I can’t thank the team enough for that. A big thank you to the whole team!”

Matías Zagazeta (Driver): “Bittersweet weekend, we showed promising pace, but luck was not on our side. The team did a fantastic job, and the car felt amazing in both dry and wet conditions. Now we look forward to our home race in Barcelona, where I am positive, and we can bring home some big results.”

Tereza Bábíčková (Driver): “Very unfortunate race for me on Saturday, causing me to withdraw from race 2, due to being declared unfit by the doctors. Anyway, I was grateful for this opportunity and got a lot of experience this week. Now time to recover, and I’ll be back stronger.”