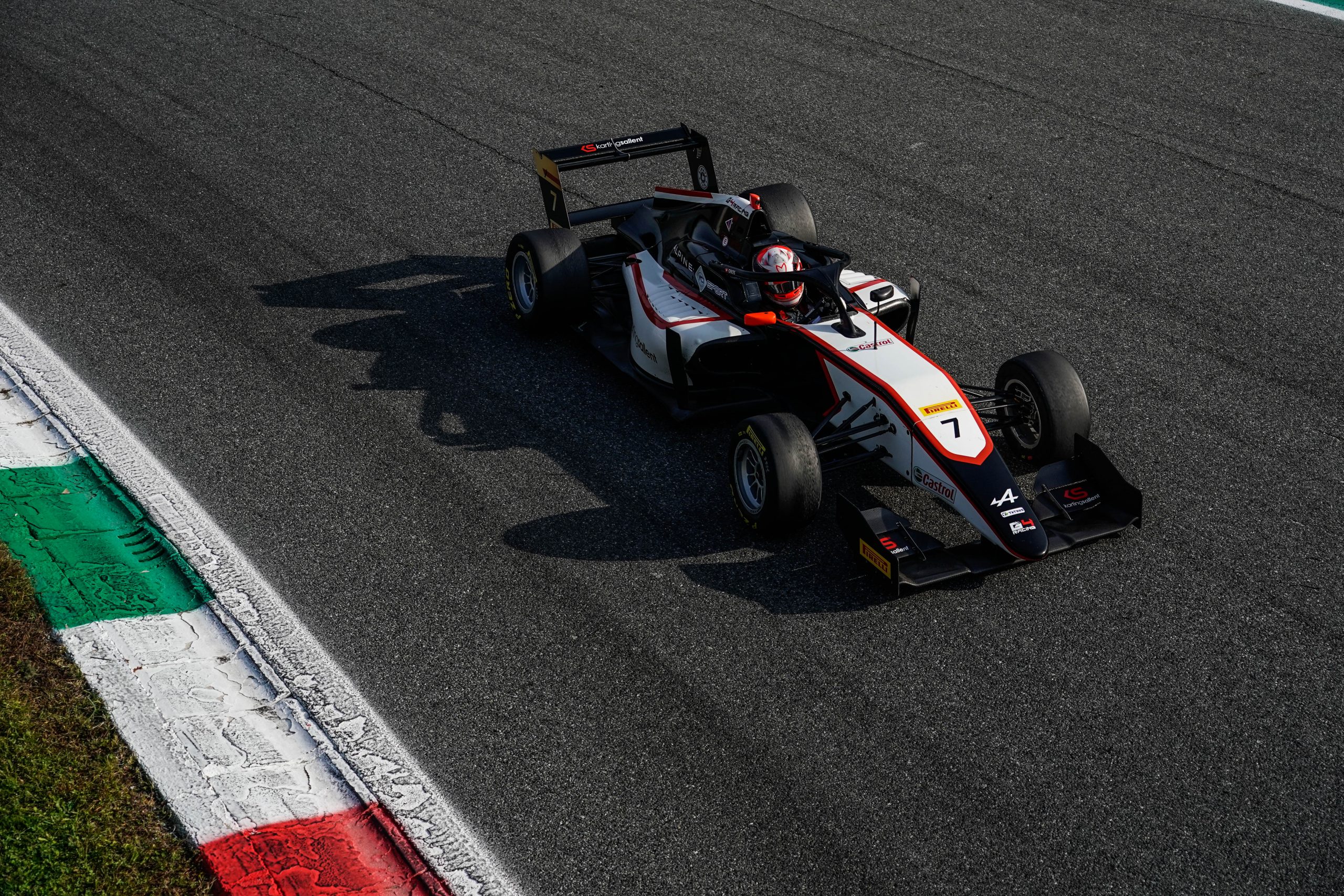 By Media TeamNovember 2, 2021No Comments

G4 Racing completed a brilliant debut season in Formula Regional European Championship by Alpine last weekend at Monza. After spending two years in Formula 4, the team stepped up to one of the most competitive championships in the feeder series panorama and immediately proved competitive, achieving two wins and three podiums to secure sixth place in the team standings.

The final round of the season was one of the toughest of all, but G4 Racing still managed two score points in both races. Michael Belov was P9 and P8 respectively, claiming eighth place in the driver standings. New Zealander Callum Hedge crossed the finish line in P20, just ahead of Axel Gnos, in race 2, with the two drivers who managed to survive in a chaotic and eventful run.

Adrián Muñoz (Sporting and Technical Manager): “Qualifying 2 was difficult to handle as track conditions were worse than on the previous day. It was very difficult to set a lap with a red flag at the end. In the race, the drivers managed to stay out of trouble and improve their position. It hasn’t been the ideal final event of the season, but we are very happy to finish P6 in the Team Standings in our first Formula Regional European Championship by Alpine season. More will come soon”.

Axel Gnos (Driver): “Decent qualifying in the wet. Had an eventful lap 1, fighting with Callum again as it happened in race 1. Then I just had to survive during the safety car period to bring the car home. I enjoyed racing in Formula Regional by Alpine a lot this year, and I also learned a lot. I loved working with G4 Racing during the entire season”.

Callum Hedge (Driver): “Qualifying was not as I expected. I think we had the pace to be where Michael was, in P11, but my best lap was actually a warm-up lap, as with the red flag, I couldn’t set a competitive time. Started P29 and had a brake issue in the first part of the race before the team solved it during the red flag. Made up nine spots with a solid pace. The results don’t reflect the progress we made”.

Michael Belov (Driver): “Qualifying 2 was really tough. A broken flap made the car very difficult to drive, but we managed to solve the issue during the red flag period. It was quite hard to build the pace in just two laps, but I managed to make a pretty good time. Starting from the mid of the field again was not easy, and there were too many safety car periods and even a red flag. We were a bit unlucky this weekend but still managed to score points in both races”.