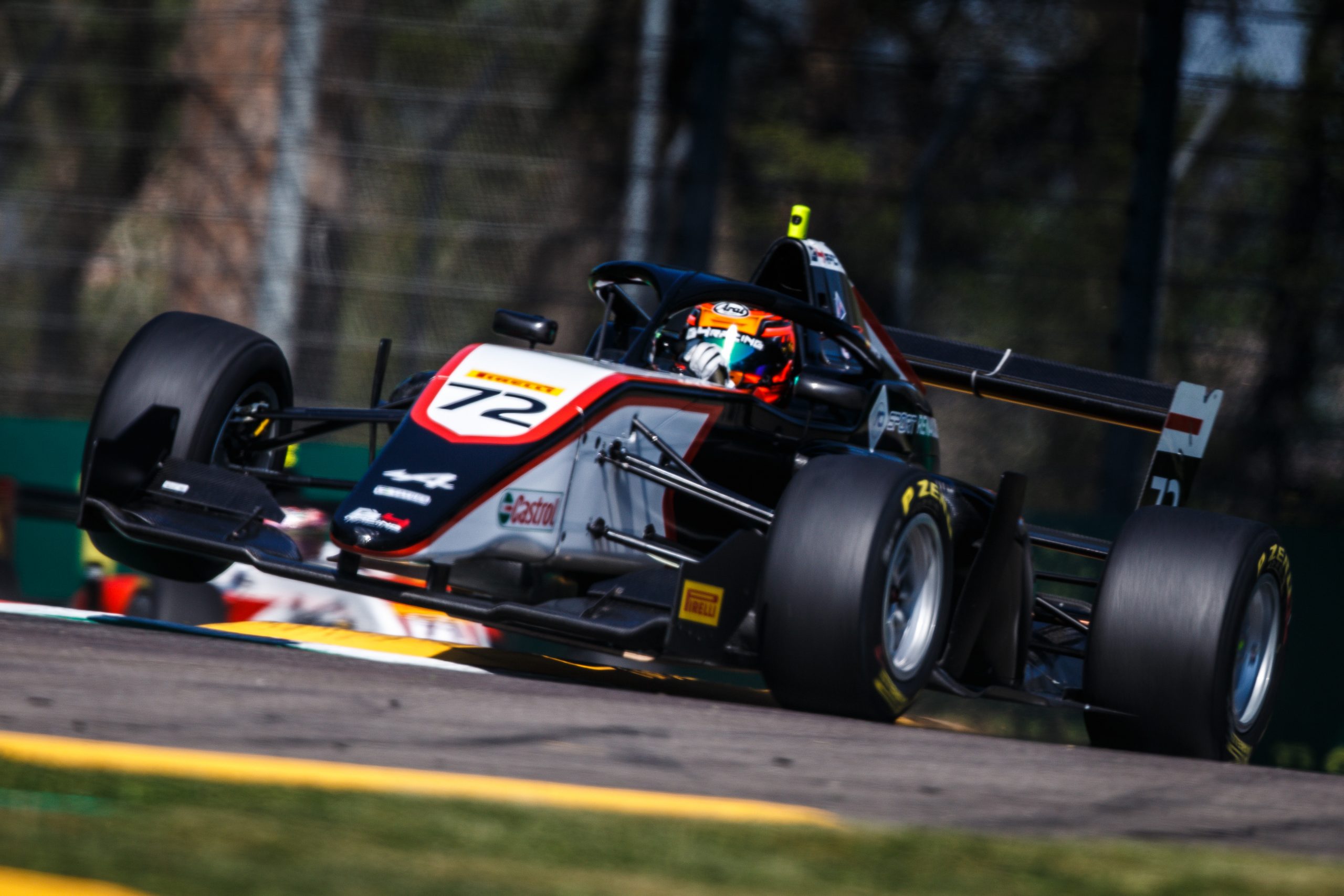 By Media TeamApril 19, 2021No Comments
G4 Racing signed off from the first round of the Formula Regional European Championship by Alpine season with a brilliant performance in Race 2. The Swiss squad made its series debut, moving up from Formula 4, in the prestigious frame of the Formula 1 GP in Imola.
Starting from P17, Axel Gnos got stuck in traffic in the early stages of the race, but managed to gain a few spots, climbing up to the top-15, his target entering the weekend. Belén García recovered 8 positions, crossing the finish line in P22 with a solid pace.
The second round of the Formula Regional European Championship by Alpine will be in Barcelona, where G4 Racing is based.
Adrian Muñoz (Sporting and Technical Manager): “We had a very good Race 2. Our drivers had to fight hard, but they still managed to gain a few spots. The overall level in this championship is quite high, but we are very satisfied with the progress we made. The team worked perfectly to ensure that all could run smoothly. The next round is at Barcelona and it will be our home race: the team’s headquarters are very close to the circuit”.
Axel Gnos (Driver): “I had a nice race today. I managed to gain one position at the start, but then it was a bit chaotic. I fought hard, kept pushing and also made a great outside move around two other cars. In the end, I had to hold off a group of four very experienced drivers, focusing on trying to close the gap to the pack in front. I kept a good pace and defended well. P15 in the end is very good and it is what I wanted entering the weekend”.
Belén García (Driver): “Race 2 was very positive. Since the beginning I was fighting within the pack and I managed to gain a few positions, overtaking multiple cars. I really enjoyed myself. Getting up the speed and being back racing after so much time was so special. Now I’m looking forward to Barcelona for more action”.
Share Tweet Share Pin