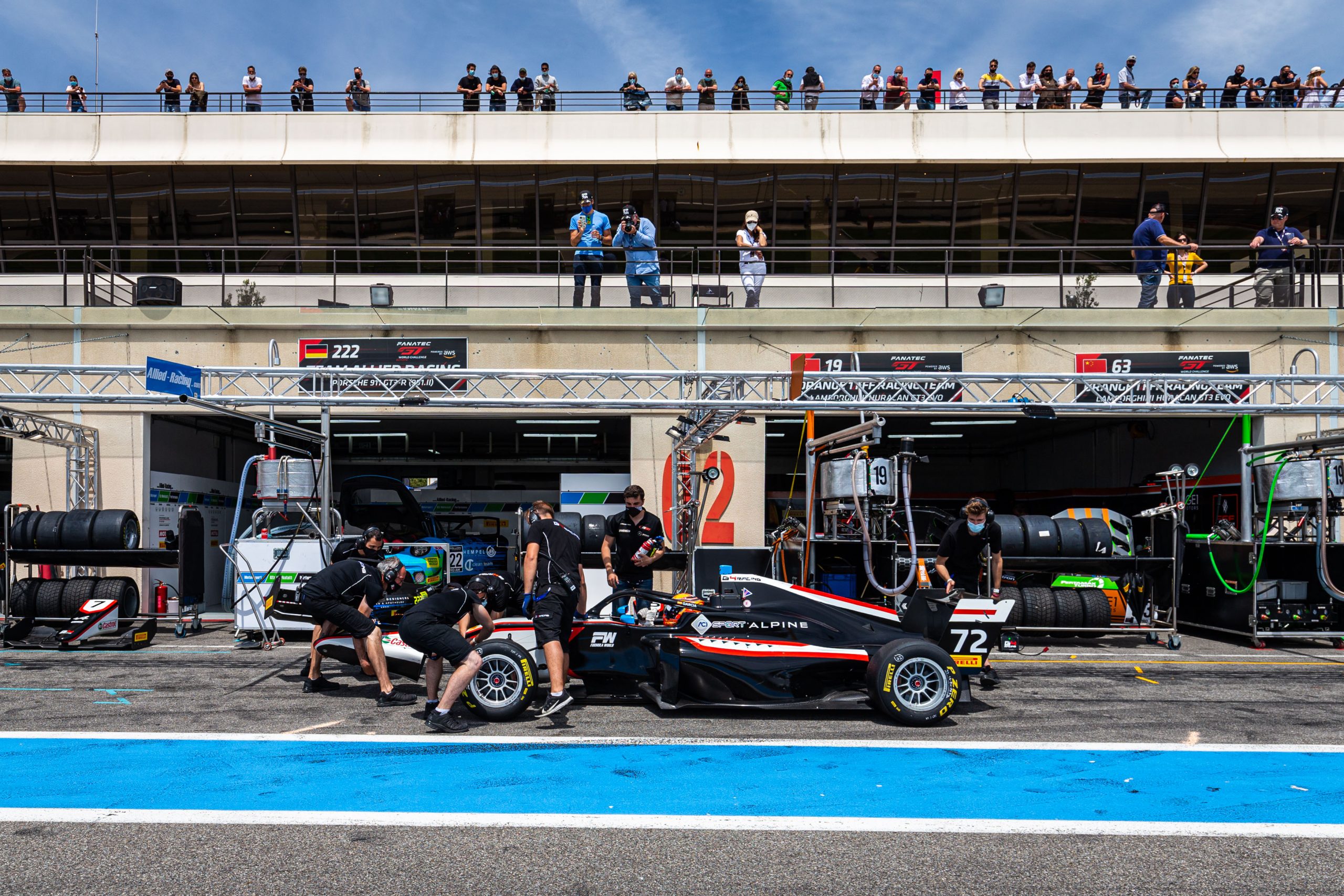 After a promising qualifying session on Saturday morning, the fourth round of the Formula Regional European Championship by Alpine turned into a nightmare for G4 Racing, again fielding three cars on the grid. The start of race 1 was very good for all drivers, but then Belén García was forced out of the track by a competitor, hitting a kerb very hard. She had to stop to repair the front wing. However, after the race, the team found out that the chassis was broken, and they had to change it with a spare one in order to let her race safe. Axel Gnos and Alessandro Famularo fought hard for the whole race, but they had to retire because of late contact. They will be back on track on Sunday morning for Qualifying 2 and Race 2.

Adrián Muñoz (Sporting and Technical Manager): “This year, the qualifying sessions are difficult to handle due to the number of cars on track. Finding a proper slot with clean air is a difficult task. Our drivers did their best, but unfortunately, the traffic cost us some positions on the grid. Axel and Alessandro were together during all race. Unfortunately, they both had to retire after a collision. Belén was caught in an incident that made her lose the front wing, so she had to pit to replace it. After that, she continued to do her best to and get to the finish. Unfortunately, after Race 1, we discovered chassis damage on Belén’s car, and that forced us to replace it with our spare chassis to make the car ready for tomorrow’s Qualifying 2 and Race 2”.

Belén García (Driver): “I have mixed feelings overall. It was not a bad qualifying even if I’m still missing out a bit, I can push it a bit more and had a good improvement since yesterday. I had to adapt again after testing in the W Series with a different tire manufacturer. In the race, I had a very good feeling, I felt like I was able to fight with the group I was in but had a couple of incidents that made me lose my front wing, so I had to stop to change it. Unfortunately, after the race we’ve found that the chassis was damaged, so for safety reasons, we will change it as the team has one spare. I’m ready to fight back tomorrow”.

Alessandro Famularo (Driver): “Qualifying was very difficult. With 35 cars on track, I found a lot of traffic, which cost us many places on the grid. Made a few overtakes, gaining some places, but then I was hit from behind, and my race was over”.

Axel Gnos (Driver): “Had a good start today in race 1, and was able to keep a nice pace. I even caught the pack and fought with my teammate for many laps, but in the closing stages, I made a mistake and collided with him. Now I have to reset my mind and prepare for tomorrow”.