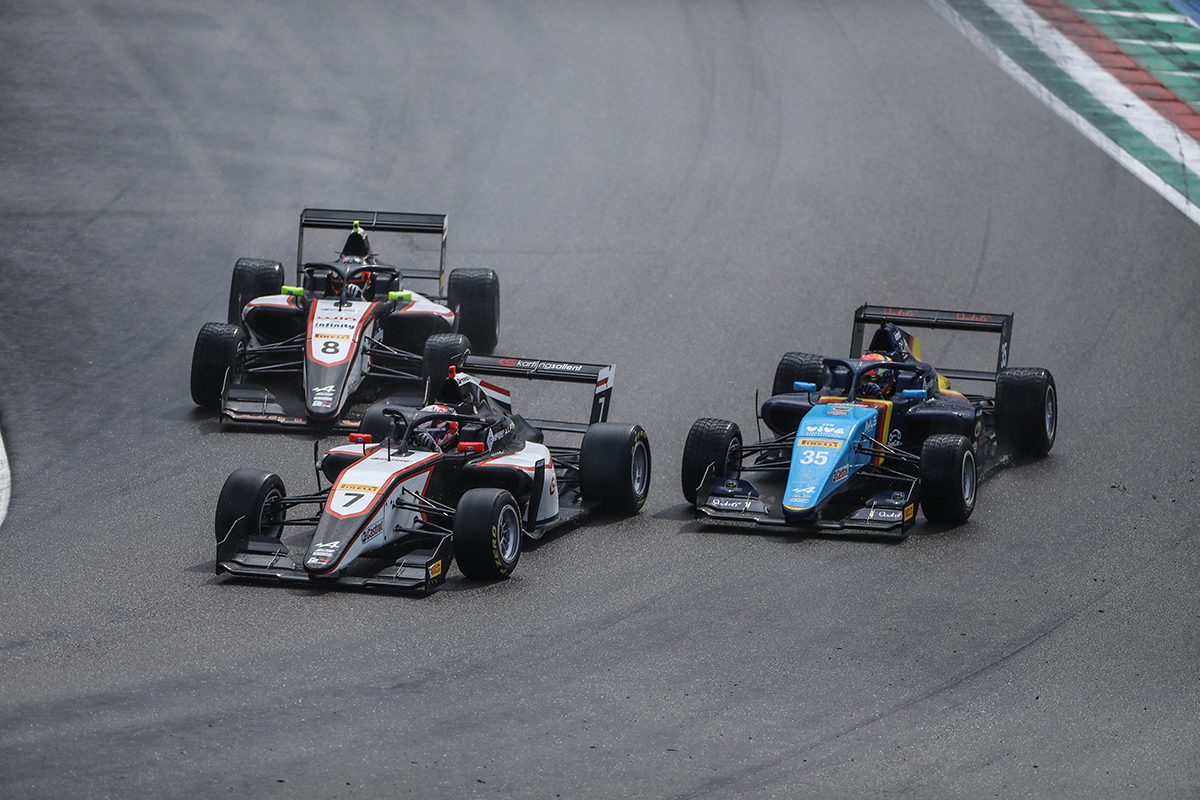 Round 2 of the 2022 Formula Regional European Championship by Alpine featured unpredictable weather conditions, which affected the whole weekend. However, G4 Racing managed to show good progress compared to round 1 and inched closer to the top-10 positions.

Axel Gnos missed race 2 in Monza due to a hand injury. While he was still in some pain, he performed well in qualifying 1, setting the 11th fastest lap time in group A. Matias Zagazeta matched him in group B, followed by Owen Tangavelou in P12. The three drivers avoided making mistakes despite the difficult conditions on a very cold and slightly damp track, yet good enough to use slicks.

In race 1, Gnos had a brilliant start, which immediately made him jump from P21 to P18. In the early stages, Zagazeta was involved in a contact with another driver, which resulted in a red flag. The Peruvian driver lost some time but was able to restart and end up in P26. Tangavelou was forced to retire after spinning out of the track in turn 1. Meanwhile, Gnos fought hard in the middle of the pack, managing three safety car restarts well. In the closing stages, he was able to attack the driver in front of him but was pushed into the wall by the latter. The race was stopped for the second time with the red flag, so the Swissman was classified in P18 despite the incident.

After increasing his chemistry with the tough Imola course, Tangavelou managed to put together the work done in the previous days in qualifying 2. He set the seventh fastest lap of group B, ending up just 0.4s away from the lead.

Sunday featured hot and sunny weather all the way up to the pre-grid of race 2 when a sudden rainfall convinced the teams to move to wet weather tires. Gnos was the only driver to opt for slicks, but at the end of the formation lap, many others followed his idea as the track was rapidly drying. In the opening laps with slick rubber, Tangavelou fought back to P12. In the middle stages of the race, a second showed forced race control to call a red flag, so again most of the drivers reverted to rain tires.

Zagazeta and Gnos tried to gamble on slicks, but the track didn’t dry easily this time. Zagazeta got back to the pits to get rain tires, while Gnos tried to continue, ending up at the back. Tangavelou fought for the points zone until the end, finishing in P16.

The next round of the Formula Regional European Championship by Alpine will be in the prestigious frame of the Monaco Grand Prix, as a supporting act to the Formula 1 World Championship.