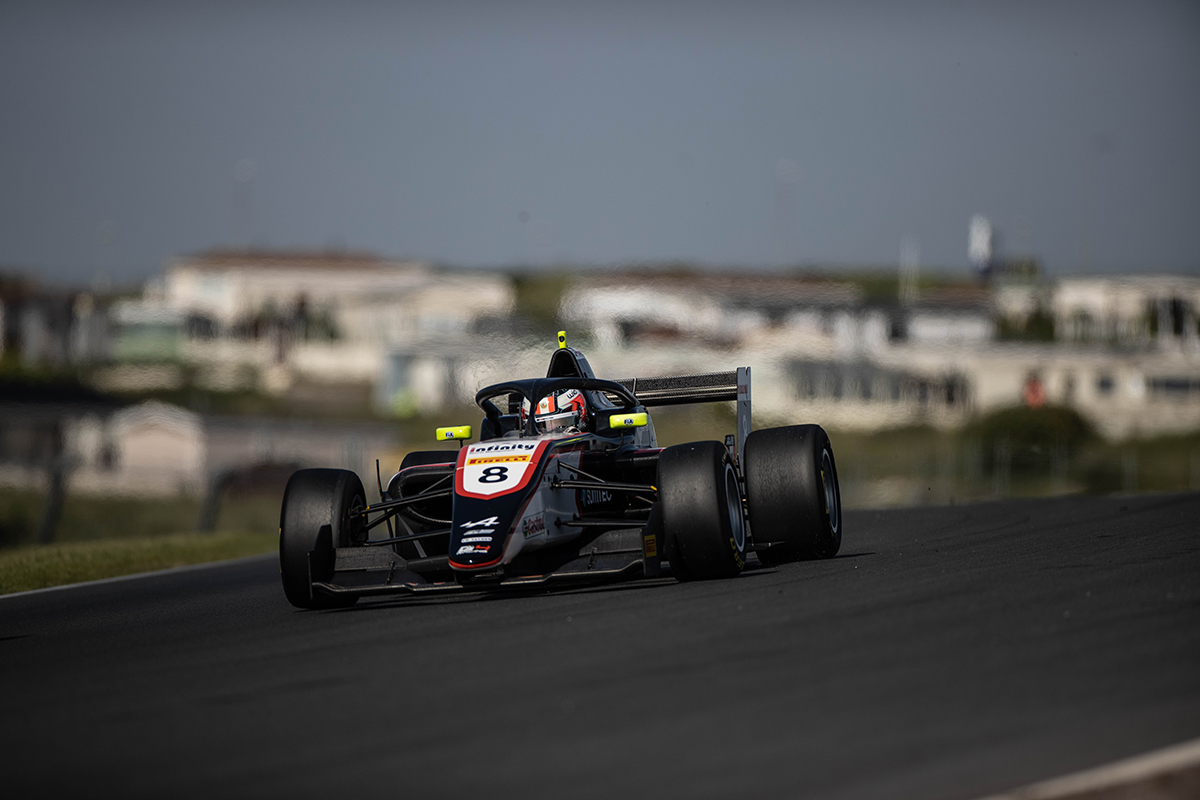 G4 Racing experienced an unlucky weekend at Zandvoort, home to the fifth round of the 2022 Formula Regional European Championship by Alpine season. The Dutch track, which saw the Swiss team score its first points in the series last year, did not offer its three drivers the same opportunities this time, as they could not confirm the fine growth of the previous rounds.

In Race 1, Axel Gnos had a brilliant start, gaining seven positions on lap 1. In the opening stages, he had a great battle with two other drivers, which ultimately proved too much for his tires. By lap 6, Owen Tangavelou overtook him and went on to score P17 from P24 on the grid. Matias Zagazeta also managed to climb back from P26 to P20, showing a promising pace ahead of race 2. Gnos eventually crossed the finish line in P25.

The second race, on the other hand, was interrupted by a red flag due to a heavy crash on lap 2. Owen eventually crossed the finish line in P18, Zagaseta was 21st, while Axel, once again battling in the pack, ended up in P31.

The next round of the Formula Regional European Championship by Alpine will take G4 Racing to a new circuit, the Hungaroring in Budapest.

Axel Gnos (Driver): “Bitter tasting weekend with generally low results, which are definitely not what I wanted neither I expect when I enter in the weekend. We still made a great job in qualifying, but we were very unlucky with traffic, and it could have been a super weekend, could have been the worst one so no big issue, no big crash, no nothing but still a bit gutted about this. Poor luck in qualifying and my poor pace in the race. I am happy, I am working well with the team, and I cannot wait to be back in Hungary with all the G4 Racing crew. See you soon”.

Matías Zagazeta (Driver): “Another difficult weekend in Zandvoort, we keep trying our best to improve each session and the progress is getting better. Let’s keep pushing and have a perfect preparation for Hungaroring to get our first points”.

Adrián Munoz (Sporting and Technical Manager): “Learning weekend for our drivers, Zandvoort is a very technical track that doesn’t allow space for mistakes. On free practice 2 unfortunately Matias had a contact with another driver, which was not Matias’ fault, but this compromised his running in a new track for him. Qualifying were not going like we hoped, this circuit its not the easy for overtaking and this conditionated the races. We will now make a reset and head to Hungaroring , a new track for the team”.