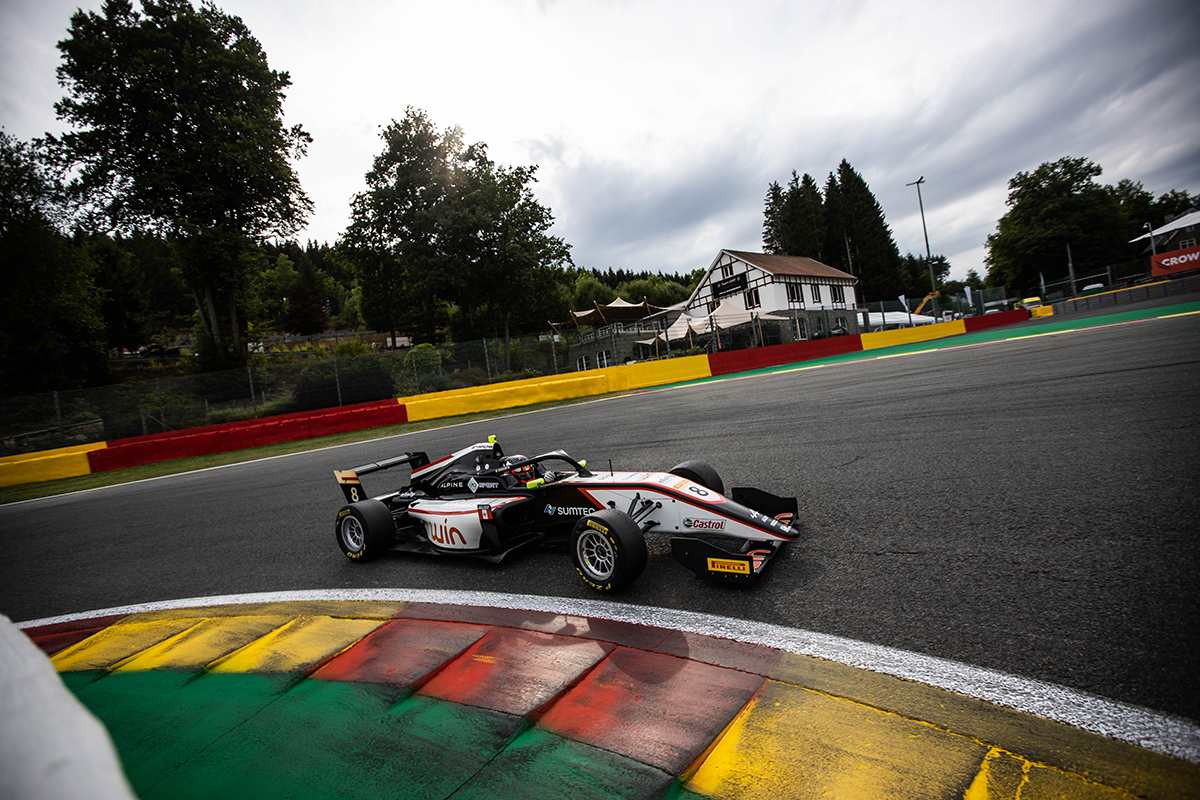 By Media TeamAugust 8, 2022No Comments

One year after scoring its first Formula Regional European Championship by Alpine win, G4 Racing came back to Spa-Francorchamps for round seven of 2022.

On the legendary Belgian Grand Prix track, G4 Racing lost Axel Gnos early as the Swiss racer was involved in a crash during Collective Test 2. Gnos was declared unfit to race due to lower back pain, but is already recovering, with the target to be back behind the wheel of his Tatuus racecar in Spielberg.

The team’s banner was held by Matias Zagazeta, who made his debut at Spa-Francorchamps and highlighted a good progression throughout the weekend. The Mexican fought in the middle of the pack in both races. In race 1, he moved from P28 to P20 in a brilliant start before finishing in P25. In Race 2, he had to avoid a multi-car contact at the start, and ended up in P25 as the safety-car curtailed the action.

G4 Racing will be back on-track from September 9th to 11th for the 8th round of 2022 at Spielberg.

Axel Gnos (Driver): “Definitely not the weekend I was hoping for. I wanted to push hard from the start to try and keep improving and maximising the performance, but I lost the car during the last practice before qualifying and was declared unfit to race due to the damage to my back caused by the crash. I am saddened my race weekend at Spa ended so early but let’s hope that my injury will heal quick and I can be back for round 8 in Red Bull Ring!”

Matias Zagazeta (Driver): “Incredible experience to be able to drive in Spa-Francorchamps and another weekend full of learning. We still have three rounds to go to show our potential so we will keep on working during the 3 weeks to arrive at Red Bull Ring ready to fight. I want to thank the team for their incredible effort and support. See you in Austria!”