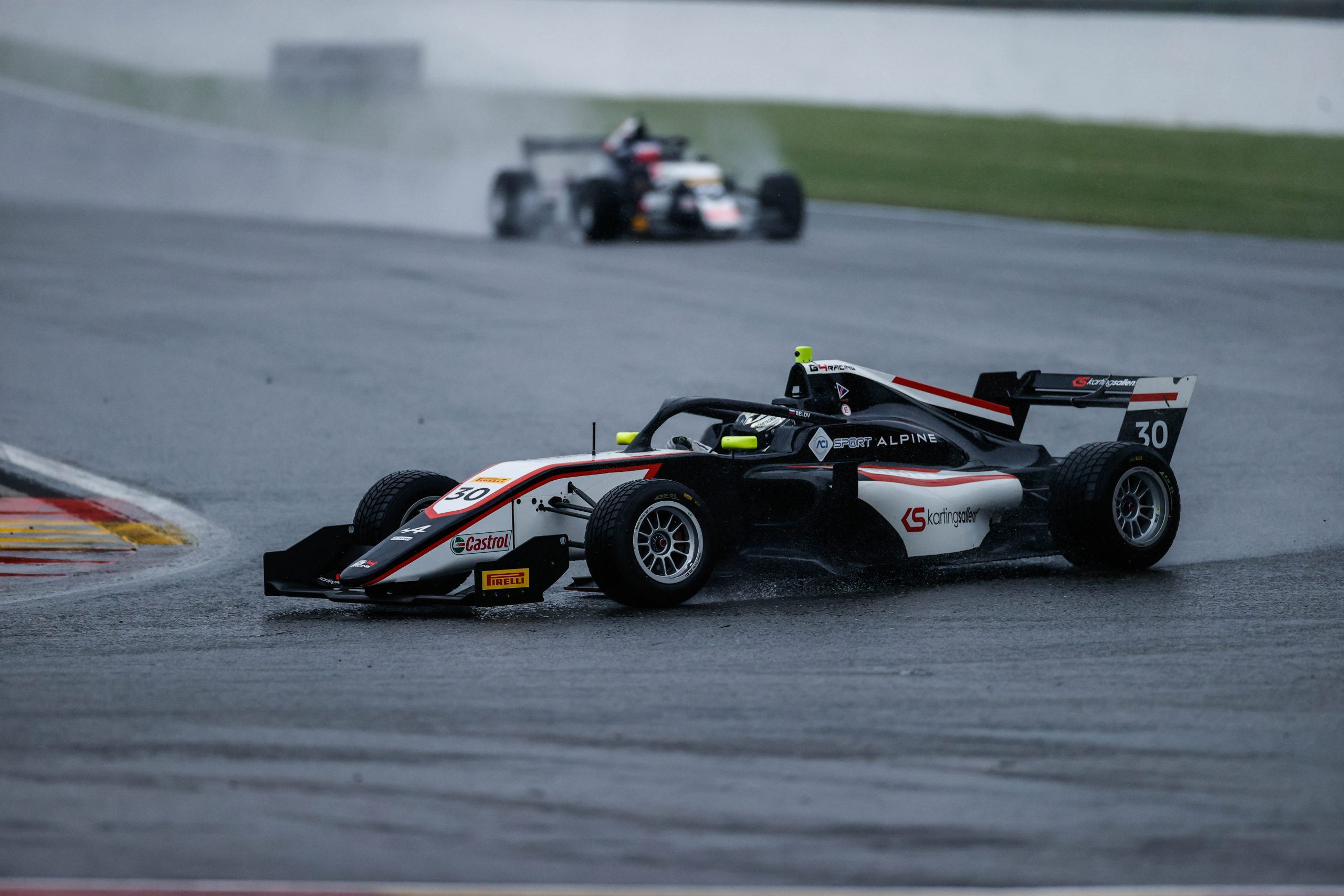 G4 Racing claimed its maiden Formula Regional European Championship by Alpine win at Spa-Francorchamps today. After taking a stellar pole position, Russian Michael Belov, who set an impressive 2’15”760 in Qualifying 2 in dry conditions, managed to keep his lead in the race, putting up a strong pace in the pouring rain affecting the famed Belgian circuit.

Today’s win is the first one in the history of the Barcelona-based Swiss squad, which is stepping up to the Formula Regional European Championship by Alpine this season after two years in Formula 4.

Series rookie Axel Gnos put together a brilliant run under the storm as he managed to fight back from P30 on the starting grid to P14 in lap 1. Then, he fought his way among many experienced drivers, ending up a positive race in the 20th position.

Adrián Muñoz (Sporting and Technical Manager): “A really good way to bounce back after the frustration of Zandvoort. Since the Collective Test Pre Event, we managed to adapt quickly to Spa with Michael and make a proper baseline setup. For Axel, it was the first time at Spa. Obviously, he is learning one of the most difficult tracks in the world, but he has been improving session by session. Free practice went very well for us as we led both sessions with Michael, while Axel continued to learn and try to adapt. Qualifying 1 was a little bit difficult due to the changing weather conditions as we were using a dry set-up approach, but Michael managed to set a massively good lap considering the conditions. Qualifying 2 went really well for Michael, as he once again showed his class, this time with a proper car setup for the track conditions. Unfortunately, Axel couldn’t improve after a good start of Q2. Race 1 was quite tense. Due to the changing weather, we decided to switch from dry to wet tyres on the grid, and the bet was correct. Michael had some wheelspin at the start but managed to retain P1 after a hard-fought battle, and from there, he pulled a good gap only reduced when Safety Car was deployed. Even with this time, he managed to produce a massive restart, keeping P1 and bringing home the first win for G4 Racing in the Formula Regional European Championship by Alpine. On the other hand, Axel put together an impressive start, overtaking a lot of cars. Unfortunately, due to the spray, he couldn’t continue to climb up. Overall, we are quite satisfied with how he managed his race. Tomorrow there is another chance. I want to applaud our superb staff, able to make the right decisions in the key moments and execute the strategy perfectly to secure our first victory after just five events of the championship”.

Axel Gnos (Driver): “I’m very satisfied with my start, I managed to gain many positions in the opening lap, and I was P14 at one point. After that, I fell a bit short in terms of pace. The visibility was very poor, and when the first driver overtook me, I lost a bit of momentum. That cost me a few places. I crossed the finish line in P20, still ten positions better than my starting slot. I want to congratulate Michael, who did a very good job. It’s a great achievement for the team”.

Michael Belov (Driver): “Since qualifying 2, everything has been perfect. In the race, I was really committed to winning. I tried my best to maintain the lead in the first lap, and I did the same after the safety car. Then, I pushed very hard to create a small gap. We did a perfect job, but there is still some work to do for tomorrow when I will have to recover from the fifth row of the grid”.