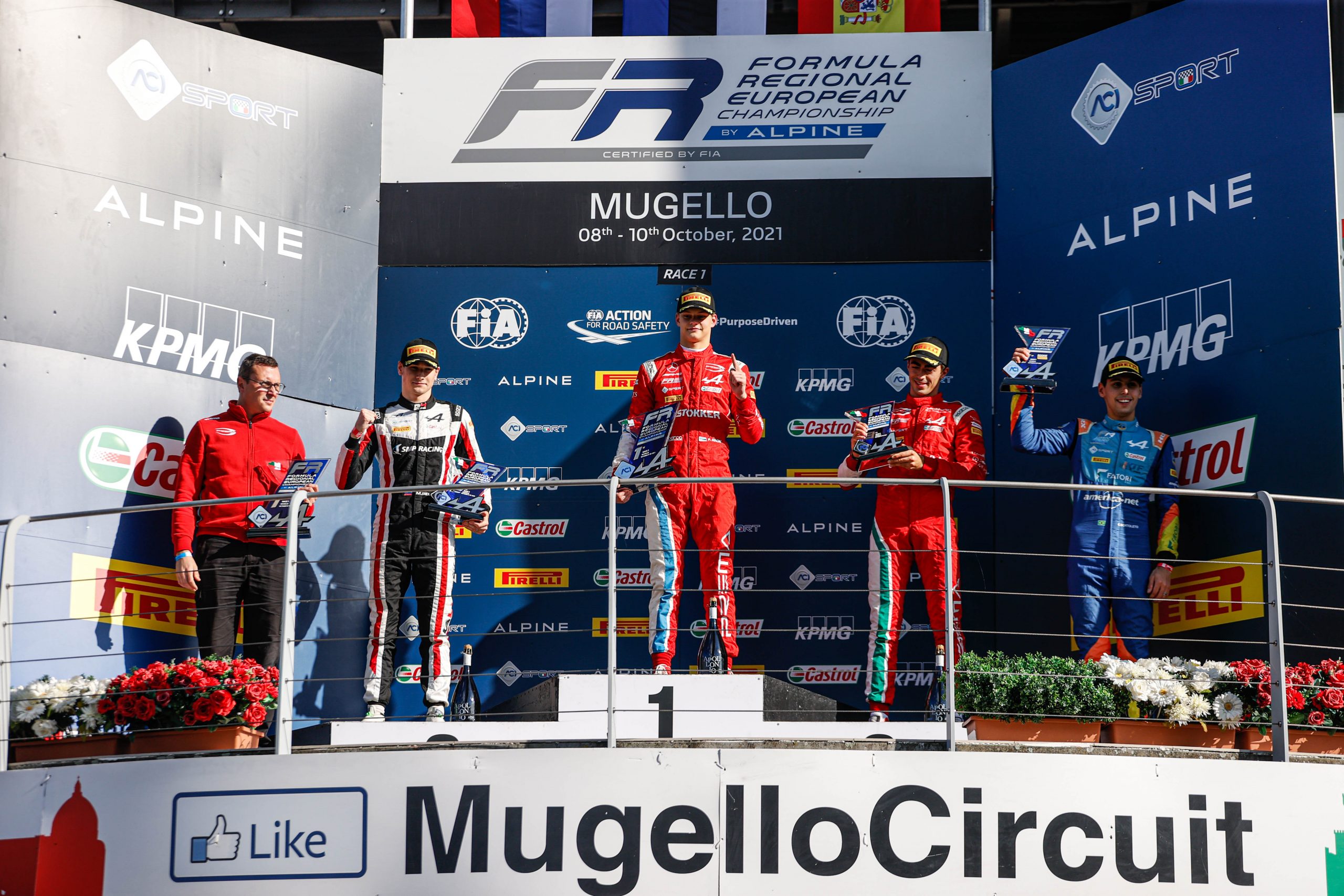 By Media TeamOctober 10, 2021No Comments

G4 Racing continued to keep great momentum at Mugello after taking its second win of the season in Valencia. The Barcelona-based Swiss squad showed a strong pace at the Italian venue, home of the penultimate round of the Formula Regional European Championship by Alpine. Michael Belov set the third-fastest lap time in qualifying 1, clinching a second-row spot on the grid for race 1. Axel Gnos was not able to replicate his brilliant 2020 qualifying when he had secured P5 and P10 in the Italian Formula 4 Championship

At the start, Belov managed to overtake the two cars on the front row, moving into the lead of the race after turn 1. At the restart after the first safety car period, he lost the point but set the fastest lap of the race. He crossed the finish line in second place, securing another podium position after the two wins he already secured in Spa and Valencia. Gnos had an eventful race, moving from P29 to P26.

Adrián Muñoz (Sporting and Technical Manager): “Qualifying worked well for us, we found a decent slot to set a time with Michael and Axel as it’s so difficult with 36 cars on track. In the race, Michael did a good start and took the lead of the race, but unfortunately, the safety car came in, and it’s easy to lose the lead at the re-start on this track. He really had a good pace, but at the end of the race, there was not enough time to attack to retake the lead. Axel had a slow start and lost some positions, but he kept building pace and recover some positions with good fighting. We will now study the data collected to make a push for better results tomorrow. I would like to congratulate Gregoire Saucy for the drivers’ championship, well deserved after a superb year”.

Axel Gnos (Driver): “I didn’t have a good start in race 1, and immediately lost a few positions. Then I overtook three cars and one more after the safety car period, crossing the finish line in P26. Compared to my starting position, I gained three places, but tomorrow I aim for a better qualifying, as I like this track and I know that I can be pretty fast”.

Michael Belov (Driver): “Qualifying 1 was potentially much better than what I did, but the result was really positive with P3. I made a good start and took the lead of the race, but after the safety car period, I had a bit of understeer in the last corner, so I had no speed on the main straight and lost the place. I was still able to keep a good pace behind the leader, while the rest of the group disappeared in my mirrors after few laps. In the second restart, I tried my best and maintain the second place”.